Sydney is the largest, most famous and oldest city in Australia. Sydney is also the capital of the state of New South Wales and is Australia’s most populous city with a population of more than 6,000,000 (2016).

Built around Port Jackson with famous sights, the city of Sydney is called “Harbor City”. It is Australia’s largest financial center and also a tourist destination for international visitors, famous for its many beautiful beaches and double architecture: Sydney Opera House (Sydney Opera House) and Sydney Harbor Bridge (Harbor Bridge).

Sydney is located on a coastal sedimentary plain between the Pacific Ocean to the east and the Blue Mountains to the west. The city has the world’s largest natural bay, Jackson Harbor, and more than 70 bays and beaches, including the famous Bondi Beach.

Sydney occupies two geographic regions: the Cumberland Plain, a relatively flat, gently hilly area south and west of the bay, and the Hornsby Plain, a plain north of the bay. The oldest part of the city is in the flat area; the Hornsby Plain, known as the North Shore, developed more slowly because of its hilly terrain, and was relatively quiet until the Sydney Harbor Bridge was built in 1932, connecting it with rest of the city.

Speaking of which, you also know what locations I will mention. To note more about this Sydney trip, I will list some of the most famous and tourist attractions in the city of Sydney.

It is one of the most iconic structures of the 20th century and one of the most famous performing arts venues in the world. Located at Bennelong Point in Sydney Harbor, close to the famous Sydney Harbor Bridge, the building and surroundings create a distinctive Australian image.

The roof of the theater is covered with 1,056 million tiles manufactured in Sweden. Tiled roofs have a self-cleaning feature. While self-cleaning is possible, periodic maintenance and replacement is still required. The roof is designed so that sea breezes can flow inside.

The interior space of the Sydney Opera House

The bridge has a special lane for pedestrians and cyclists. You can rent a bicycle to walk on the bridge, see the city. Or you can also use services like Sydney Harbor Bridge climbing service. This bridge climbing service is very popular and loved by tourists. You will walk along the roof, step through 1000 steps. This classic service allows you to enjoy a panoramic view of the city from the Sydney jetty. In particular, you can truly capture the real eye of the nearby Opera House. 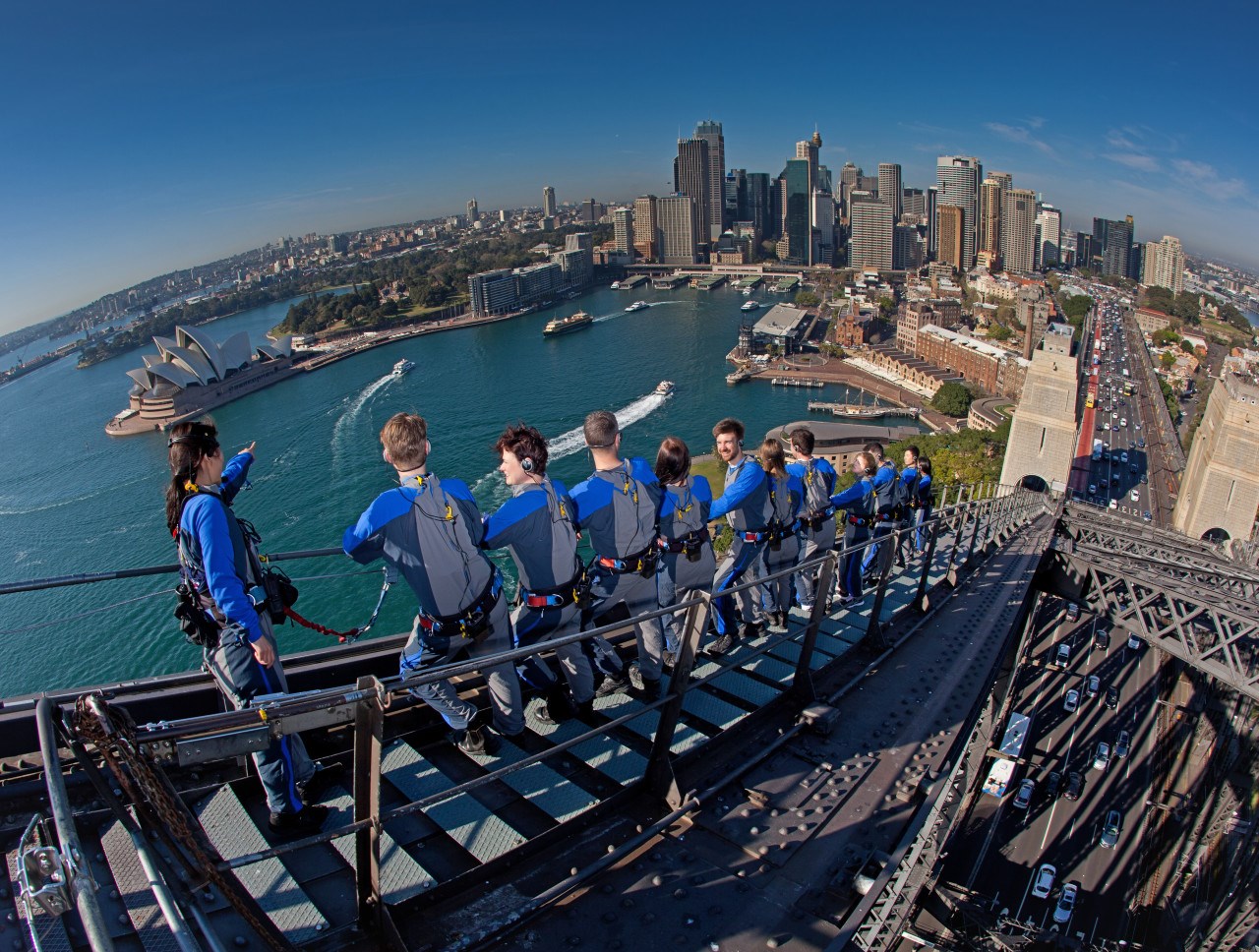 The Rocks are within walking distance of two of the city’s most recognizable landmarks, the Sydney Harbor Bridge and the Sydney Opera House. You absolutely can visit this place.

Sydney is now mainly the product of urban redevelopment of the late twentieth century. In the heart of the city, The Rocks appears to offer the opportunity to experience an interesting space that captures images of buildings and public places from the 18th, 19th, and early 20th centuries.

The Rocks has markets, museums, galleries and bars and restaurants with excellent food and wine.

The Rocks is a neighborhood of tourism and entertainment, so there are also a host of interesting activities that you can see when you come here: Sydney Fringe Festival – The rocks Hub
October festival; Annual Celebration Festival at some of Sydney’s most iconic restaurants and bars; New Year’s Eve: Spend a moment in New Year’s Eve at The Rocks, you will enjoy the most unforgettable atmosphere. 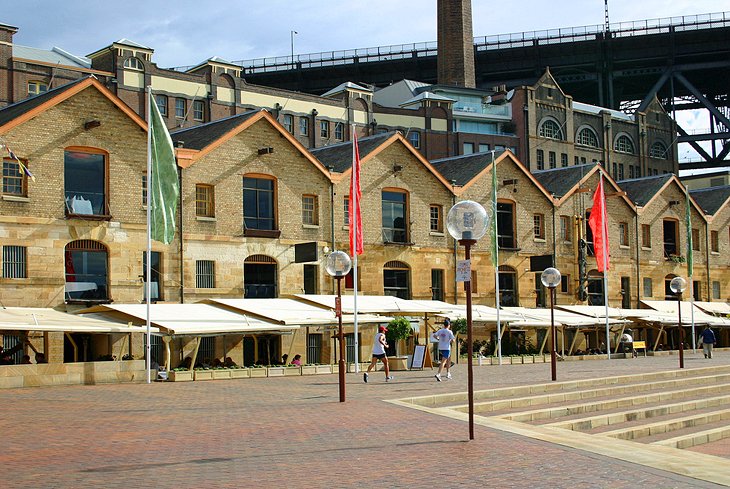 The Rocks – the Oldest Neighbourhood Sydney Tower is one of the tallest buildings in Sydney, located in the main shopping district of Piit Street in the city. This tower is seen as a symbol of the city.

Sydney Tower can accommodate up to 960 guests. The tower’s high-speed elevators can transport about 2,000 visitors / hour and each up or down takes only about 40 seconds. The upper part of the Sydney Tower has nine floors: the first and second floors are a rotating restaurant, from where diners can enjoy delicious food and panoramic views of the city. The third floor of the Sydney tower is the bar and refreshment, the fourth floor is the observation floor, around to install many binoculars for visitors to observe the beautiful Sydney.

This wharf is essentially a harbor adjacent to the city center of Sydney, New South Wales. In addition to commercial use, it is also a large pedestrian and recreational area on the western suburbs of Sydney’s central business center. The jetty is designed with a perfect combination between ancient and modern.

Coming to the wharf, you will have the opportunity to explore many fascinating places. There are a number of major public attractions and facilities in this place. Highlights can be mentioned Harbourside Shopping Center. This is a paradise for shoppers. In particular, this mall houses the Kingpin Bowing Alley, the only bowling alley in the Darling area. There’s also Australia’s first retail helicopter simulator.

In addition, you can take a walk around Cockle Bay harbor, visit the Chinese Friendship Garden or visit Tumbalong Park. If you want to try exciting entertainment activities, please visit Darling Quarter playground. In addition, you can also go to the Sydney Convention and Exhibition Center to learn art culture.
Not stopping there, Darling wharf has many other entertainment venues. Visit to explore all Darling harbour locations as well as the beauty of Sydney. 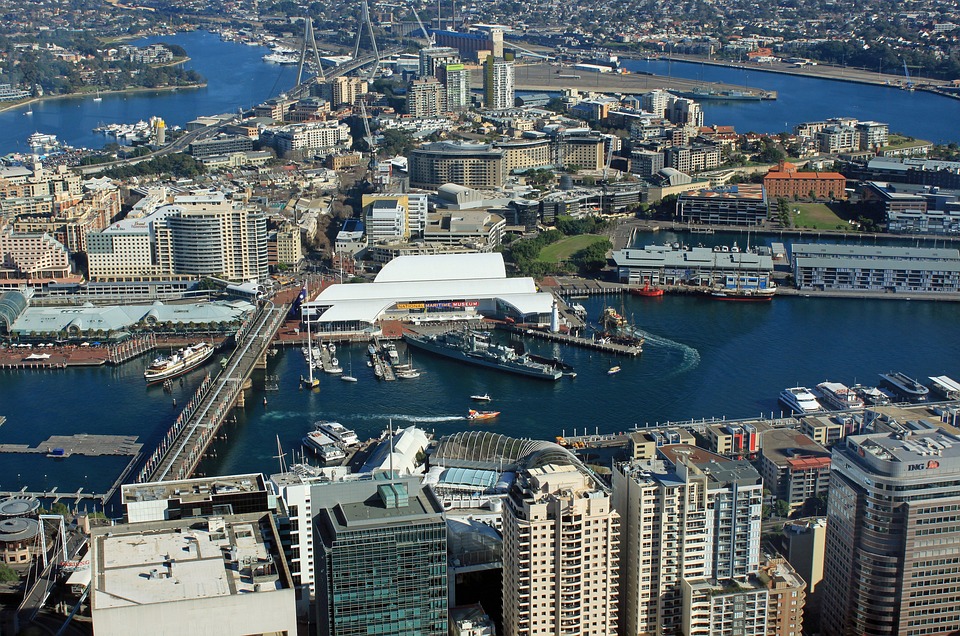 The Royal Botanic Gardens is one of the large botanical gardens located in central Sydney, New South Wales, Australia. Close to Sydney Harbor, a short distance from Circular Quay. To visit this garden you can take a ferry or train to Martin Place, which is a 10-minute walk from the garden.

Visiting the Royal Botanic Garden, you will enjoy the fresh green space, cool with thousands of beautiful plants and flowers. Here, each plant species has a specific information board. And the park has many benches scattered along the path for visitors to rest. In addition, if you visit through lunch, you can dine at the souvenir shop and restaurant right in the garden center. 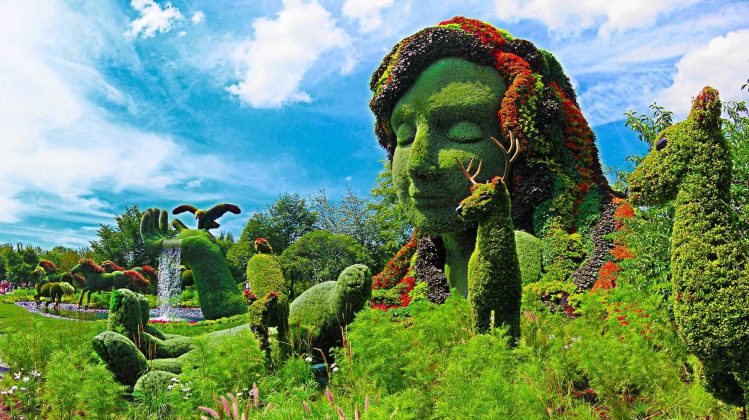 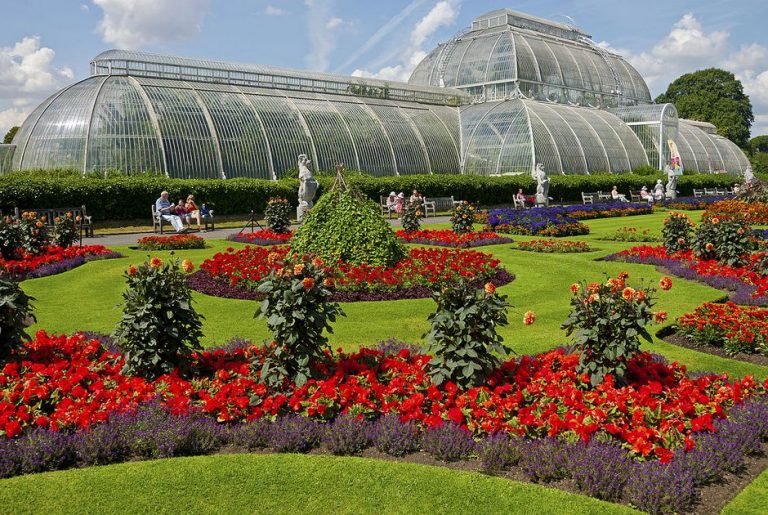 Bondi Beach is about 1km long, with a curved shape like a crescent moon, very impressive and attractive. The blue and clear sea water seems to be visible at the bottom with smooth stretch of white sand, white waves rushing each other to the shore forming a dreamlike landscape like paradise.

Bondi Beach is also a favorite place for thrilling fans. Because it offers a lot of adventure and exciting games, such as windsurfing. There is a windsurfing rescue club here, so feel free to play around with the waves.

See the all-natural beauty of Bondi Beach as you walk on the top of the cliffs or take in the view of the Pacific while walking along steep cliffs that have been eroded by time is not a bad experience. If all visitors to Sydney visit the Seashell Theater, Sydney Harbor Bridge, with Queen Victoria building is no exception. Most tourists come here to visit the famous building, with unique, ancient architecture and the most crowded shopping mall in the world.

Since its inauguration in 1898, the Queen Victoria building has been remodeled over many periods and has been used for a variety of purposes. Especially after being embellished in 1984 by the Malaysian company Ipoh Garden Berhad, Queen Victoria Building brings a new face with a more serene beauty, expressing a rich imagination. Hyde Park in Sydney is Australia’s oldest park located right in the heart of Sydney . This is the ideal place for those who want to find a place to have a picnic or simply to relax in a quiet space. Walking in the park, visitors can easily see couples or groups of people sunbathing on the green lawn. Inside the park, there are also many benches for visitors to rest their legs. In addition to the green lawns of a thousand square meters, Hyde Park also has hundreds of old, leafy trees with wide canopy shading the whole sky.

North Hyde Park is home to monuments and monuments including the Archibald Fountain, bronze statue of Apollo, surrounded by horses, dolphins and turtles.
For history buffs or veterans and their relatives, they often visit South Hyde Park. Here is located the Anzac Monument. In front of the monument is the Lake of Thought, a place for people to come and ponder whatever they are concerned about. 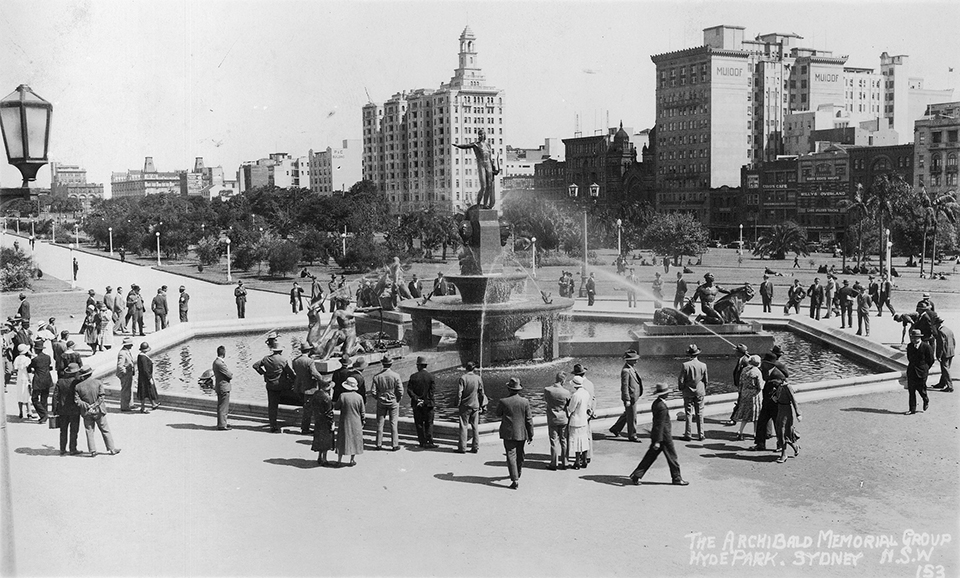 In Sydney, there is a zoological park that when you come here you will see firsthand the wildlife of Australia and immerse yourself in the tour programs here.

This world-famous zoo is surrounded by the landscape and residential areas of Sydney Harbor. Taronga Zoo is the perfect place to see Australia’s wildlife. With over 2,500 animals representing more than 340 species, Taronga is truly a miniature animal world.

If hungry, stop by at one of the zoo’s cafes or choose a sunny spot perfect for a picnic in the picnic area. For a memorable experience with the zoo, consider joining the Roar & Snore program. This overnight adventure includes camping overnight in a hunting tent, enjoying food and wine, and animal watching up close.

Taronga Zoo is open daily, including holidays. If traveling by ferry, purchase tickets that include ferry tickets and zoo tickets for a discount. Parking is available on site; charged after the first 90 minutes. 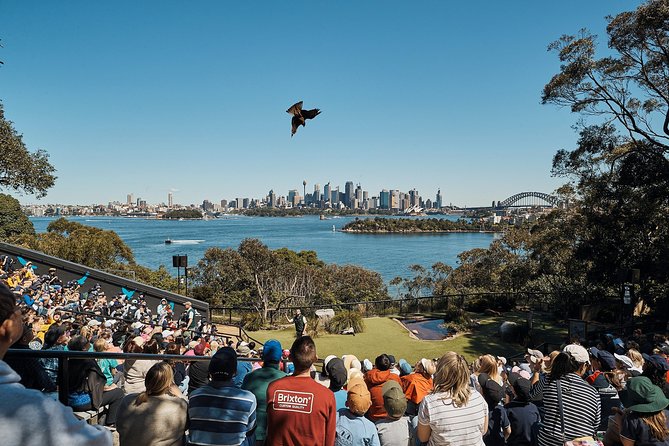 Have a good trip to Sydney. When you do not know where to travel to Sydney, remember to immediately remember the list above, and can freely check-in the most complete famous tourist attractions in Sydney, Australia. Don’t forget to share with them your experiences in Kangaroo Country in the comments!

Great Experiences To Do In Sydney

Most Famous Cafes in Sydney

Where to Eat in Sydney?